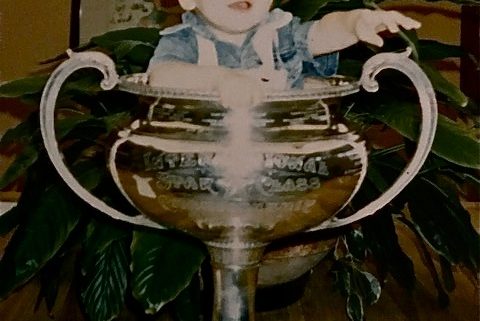 Today was a rest day and rest I did. Slept til 10:00. Must have been tired. Later, Danny and I went down to the club (Sailors don’t know what to do with a day off!) and we raced in a fun race in the harbor that the event organizers held for their sponsors. About 20 of us participated to say thanks. There was little to no wind unfortunately but everyone seemed to enjoy it.

Tomorrow will be the last race and final day of our adventure. And it has been quite an adventure! I have shown Danny all the things not to do as well as a few good things. All of it has been a fantastic experience…even the ones that were not so pleasant at the time.  Life is that way…you need to appreciate all of it. It is your adventure.

The forecast for tomorrow is for 15 knots of wind. The Gold Star (awarded to the winner of the World Championship) is still up for grabs. Eivind Melloby of NOR is looking for his first gold star while Lars Grael is in hot persuit, 5 points back, looking for his second gold star. There are a couple other contenders but their hill is steep and it starts with them winning the race and nothing less.

I thought I would put some different pictures in today’s report. The one up top is of Danny sitting in the World Championship trophy, at nine months of age, while I was the current champ. Now I am crewing for him! It’s a great story for our family. Danny’s grandfather, Pelle Petterson is also a past world champion from 1969.

The other pictures are from the hotel at breakfast and dinner. Not a bad spot when it isn’t raining. Unfortunately, it rained a fair bit today. 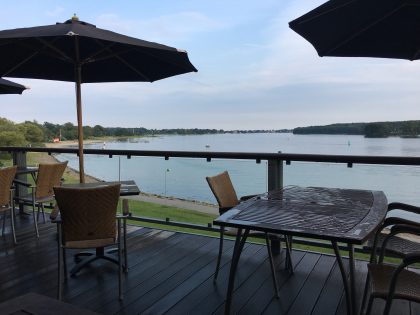 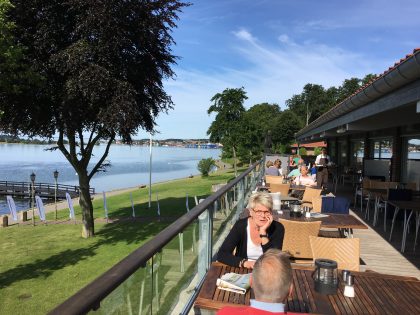