The SSL Gold Cup, a Sailing event like the World Cup of Soccer, was launched yesterday at the Olympic Museum in Lausanne with 18 Nations represented by their team Captains. 48 Nations will qualify for this Championship in October of 2021. The first 20 Nations were introduced yesterday. I have the honor of being the Captain of Team USA.

Strict, 100% Nationality rules will apply to the teams. The boats and all equipment for the 47 foot, carbon fiber, high performance, One Design, monohull keel boats will be supplied by SSL. Racing in provided, identical, boats means money can not be spent on technology to try to find an edge. The SSL Gold Cup is about sailing skill, teamwork and National pride. The races will be very close and probably won by a few meters. The best sailing Nation will win.

The racing will take place in the fall of 2021, on two lakes in Switzerland; Lac de Neuchatel and the finals on Lac Leman (Geneva). The SSL Gold Cup will be run every two years, and completes the SSL program. As with the SSL Finals each year, there will be prize money awarded at the SSL Gold Cup.

The format will follow World Cup Football; Four qualifying rounds where countries will be seeded into groups, 1/4 Final, Semi Final and Final. While the rounds through the semi finals will take place over four days, the final will be one race between four Nations.

Teams will be comprised of 11 sailors; five picked by the Captain and five sailors qualified through the SSL Global Ranking system. The SSL Global ranking is the first ranking system to rank 100,000 sailors from hundreds of classes of sailboats from Optimist, 420, Olympic Classes, J70’s, Etchells, on up to the America’s Cup. This huge undertaking is already underway and will start putting out a Global ranking every two weeks by years end.

The SSL Gold Cup is also designed to open up the sport and create opportunity for many countries who otherwise could not compete in large boats, at this level. A training camp has been created at Grandson on Lac de Nuchatel. All teams will be offered the opportunity to come and train; again, hosted by SSL. Less experienced countries will be able to train more. The Gold Cup is sailings championship of nations, like the Football World Cup. And like in football, a regular season of events, SSL Grand Slams and Finals in Nassau each December, will continue.

Building a global, engaged audience is one of the primary goals of the Star Sailors League. This means focusing on wide broadcast distribution as opposed to selling rights for revenue. All SSL content has always been and will continue to be delivered free of charge.

The next SSL event is the Breeze Grand Slam, in conjunction with the Star European Championship, which will be held at Riva del Garda, in just one months time, May 13-19, 2019. 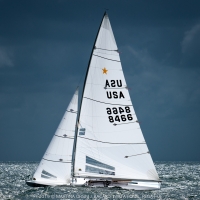