The Louis Vuitton Cup First Round Robin limped to a curious finish today in what proved to be the strongest sailing weather of the series so far. As the Hauraki Gulf delivered steady 20-knot breezes from the Northeast, only two of the eight scheduled matches were real races. In the others, at least one boat […]

The possibilities of further delays to Louis Vuitton Cup racing loomed large in Auckland today, with less than 24 hours to go to the already-postponed final day of racing in Round Robin One. By day’s end, AmericaOne’s races against Young America and Young Australia 2000 had been postponed to Thursday. And weather watchers were studying […]

AUCKLAND, New Zealand, October 22, 1999 – AmericaOne , the San Francisco-based St. Francis Yacht Club’s America’s Cup 2000 challenger, raced against Prada Challenge (ITA 45), in Race 7 of the Louis Vuitton Cup and gave spectators an exciting show. It was everything that an America’s Cup race should be: A suspenseful and very close […]

Team Faces Off With Bravo Espana and America True AUCKLAND, New Zealand, October 18, 1999 – AmericaOne, the San Francisco-based St. Francis Yacht Club’s America’s Cup 2000 challenger, got off to a good start with two wins in the first day of racing for the 2000 America’s Cup season. In Race 1, AmericaOne defeated the […] 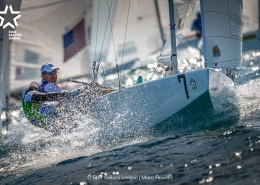 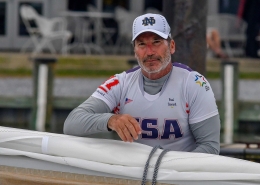 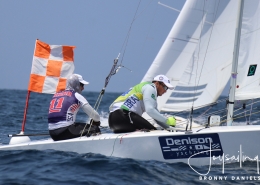 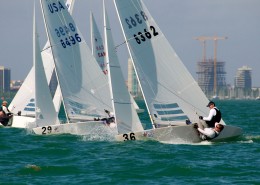 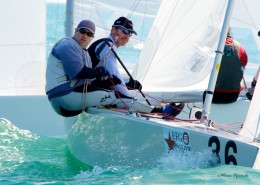 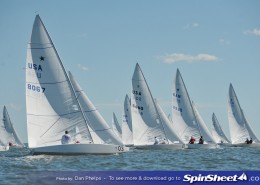 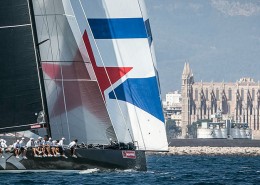